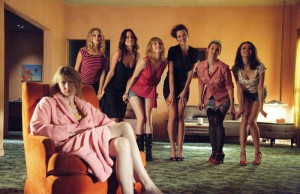 Title: Inland Empire
Country: France | Poland | USA
Year: 2006
Directed by: David Lynch
Cast: Laura Dern, Jeremy Irons, Justin Theroux
Duration: 180 min.
Language: English | Polish
Plot: An american actress is preparing for her biggest role yet, but when she finds herself falling for her co-star, she realizes that her life is beginning to mimic the fictional film that they’re shooting. Adding to her confusion is the revelation that the current film is a remake of a doomed Polish production, which was never finished due to an unspeakable tragedy.

This entry was posted in I. Bookmark the permalink.