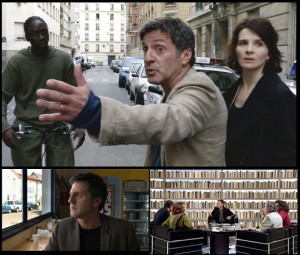 Caché is a film that talks about redemption, about a not overcome trauma of a country, in a minimalism way, without anything but a family’s experience.
Michael Haneke, is one of the most current realistic and freshest filmmakers, uses his natural sense for the drama films and shoots, this interesting work which talks about the unbalanced relationship between France and Argelie and its consequences in a middle-high class family. A video recording of this family’s house is the beginning of it all, exposing them to themselves and doing the function of a mirror, which reflects, without concessions, the dissimulated memory and well-hidden social conscience. Highly recommended. (Watuzee)