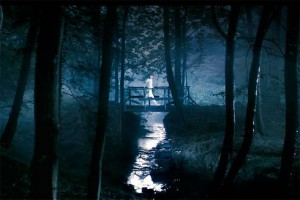 Antichrist moves with agility between the psychological terror and the family drama, creating in its frames a sick atmosphere that spreads in the spectator mind.

Directed by the controversial Danish producer Lars von Trier, Antichrist can be perfectly considered a masterpiece in its genre, because of its photography and sound, both impeccable –specially the impressive prologue and epilogue scenes–, and its capacity of making feel bad to the viewers. Indifference it’s a word that doesn’t appears in Von Trier’s dictionary, so the experience watching it will finish surely in love or hate. In any case, it is an extraordinary film. (Watuzee)

This entry was posted in A. Bookmark the permalink.