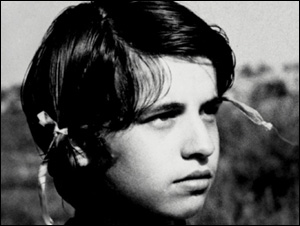 Title: Mouchette
Country : France
Year: 1967
Directed by: Robert Bresson
Cast: Nadine Nortier, Jean-Claude Guilbert, Marie Cardinal
Duration: 78 min.
Language: French
Plot: Mouchette is a young teenager living in the tough country. Her mother is going to die and her father does not take care of her. Mouchette does not manage to express her rebellion against the humiliations she undergoes. One night, in the woods, she meets Arsene, the poacher of the village. He thinks he has just killed Mathieu, the rural policeman. He tries to use Mouchette to build an alibi.