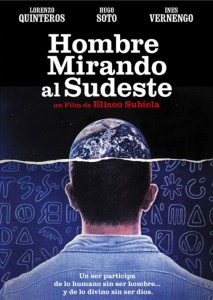 Title: Hombre mirando al sudeste
Country: Argentina
Year: 1986
Director: Eliseo Subiela
Cast: Lorenzo Quinteros, Hugo Soto, Inés Vernengo
Duration: 105 min.
Language: Spanish
Plot: A new patient mysteriously appears in a psychiatric ward. He claims to come from another planet to study humans and their behavior. The alien is gentle but criticizes humans for their harsh treatment of each other. The assigned psychiatrist is himself unhappy, and affected by the patient’s insight.