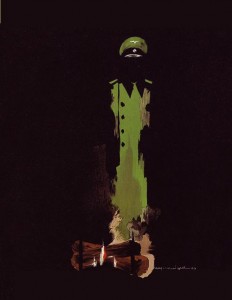 Title: Le Silence de la Mer
Country: France
Year: 1949
Director: Jean-Pierre Melville
Cast: Howard Vernon, Nicole Stéphane, Jean-Marie Robain
Duration: 88 min.
Language: French
Plot: In a small town in occupied France in 1941, a German officer is billeted in the house of a man and his niece. They both refuse to speak to him, but each evening the officer warms himself by the fire and talks about his country, his music and his idealistic views of the relationship between France and Germany.