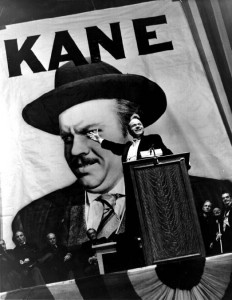 It isn’t easy to talk about Citizen Kane without using grandiloquent words. Maybe one of the most important films in the history of cinema, Orson Welles´ masterpiece explains skillfully the history of a man who, step by step, takes the power until becoming one of the most important and influential men of the world because of his mass media control. The evolution of the character is treated with care, not only delimited by his unstoppable climbing until the economic success: the mentality, the self-centeredness, and finally the paranoia, are present too in what can be a critique of the well-known ‘American Dream’ or just a magnificent description of the self-destruction of an ambitious man. (Watuzee)